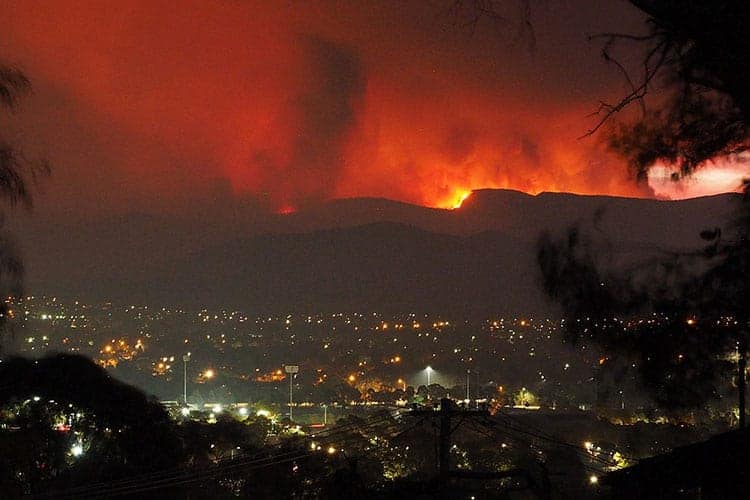 Politicians are more likely to tweet about climate change if they are Democrats, represent wealthier districts and if their constituents are concerned about the climate, according to a new Cornell University study. Meanwhile, communities most at risk from climate change are less likely to see their political leaders tweet about it, the multidisciplinary team of researchers said.

“Certainly on a partisan level, Democrats tweet about climate change much more than Republicans, but with both Democrats and Republicans, their quantity of tweeting is based on how much their citizens are concerned, and not at all by how much risk they face,” said Drew Margolin, associate professor in the Department of Communication at Cornell and co-author of the new study. “Even in districts that face severe risks from climate change, politicians are not willing to push this topic beyond public opinion.”

The paper, “Tweeting About Climate: Which Politicians Speak Up and What Do They Speak Up About?” published July 19 in Social Media + Society. The lead author is Chao Yu, a former graduate student advised by Margolin.

The researchers examined more than 1 million tweets from 2017-2019 from 638 U.S. politicians – every senator, representative, governor and mayor of the biggest 100 cities in the U.S. Then they compared the tweets with community-level climate risk, as well as with community-level opinion about climate change. They found that the more concern constituents expressed about climate change, the more their politicians tweeted about it; meanwhile, communities most at risk from climate change were less likely to see their leaders tweeting about it.

The fact that politicians representing high-climate-risk districts tweeted less about climate change may seem counterintuitive, but it’s a result of community wealth disparities, said Shorna Allred, one of the paper’s co-authors and professor with joint appointments in the departments of Natural Resources and the Environment and Global Development. Many of the communities most at risk from climate change are also the poorest.

“The least resourced governments may be focused on urgent economic issues and likely not in the best financial position to respond to climate change,” Allred said. “This highlights the importance of prioritizing resources for climate change mitigation and adaptation in communities where high climate risks coincide with low per-capita income. It also highlights the vital nature of income equality and the role of community income levels in driving political action.”

The researchers wanted to understand more about leadership, asking to what extent politicians lead based on what the facts dictate, regardless of public opinion – a concept called “trusteeship” – and to what extent they simply follow public opinion, or “play to the crowd.” In particular, they wanted to see how politicians manage these roles when faced with complicated scientific information – a principle they saw play out with COVID-19, just as they were studying it with climate change.

Margolin cited the response of several governors to COVID-19 as examples of trusteeship. Before most citizens understood how serious the pandemic would be, some governors shut down schools, imposed mask mandates and took other public safety measures based on scientific data, not public opinion.

That has not happened with climate change.

“The science of climate change really hasn’t changed since the 1990s, but there has been very little action by leaders based on that evidence,” Margolin said. “What has changed is public opinion. We’ve basically waited for the weather to get so bad that public opinion changed.”