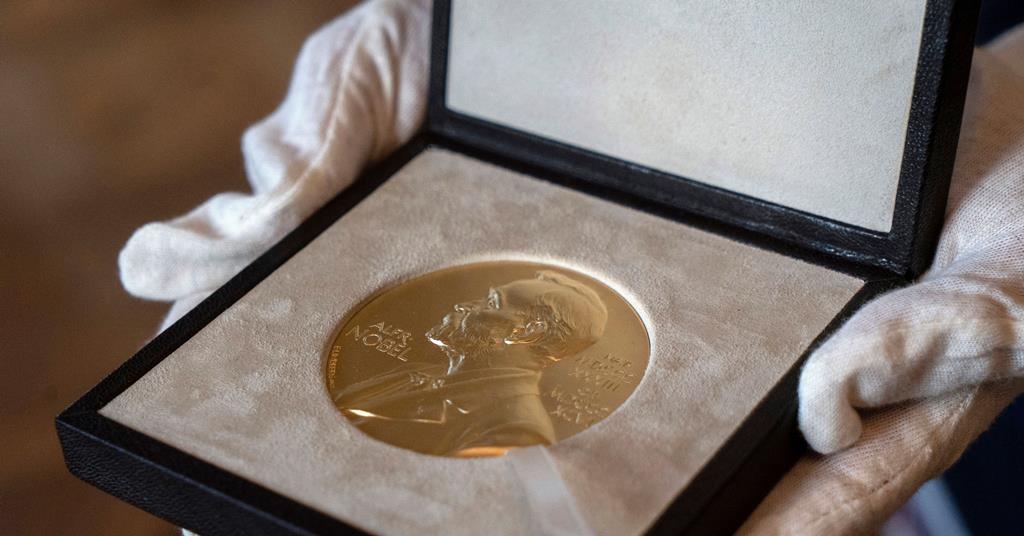 The world will find out who has won this year’s chemistry Nobel prize in less than two weeks, on this the 120th year of the most prestigious awards in science, and excitement is building once more. Analysts and online commentators are once again attempting to forecast who will get the nod, with favourites including free-radical chemistry, click chemistry, metal-organic frameworks (MOFs) and vaccine technology.

Clarivate Analytics, which maintains the publication indexing platform Web of Science, has put forward British biochemist Barry Halliwell from the National University of Singapore for pioneering research in free-radical chemistry, Japanese researcher Mitsue Sawamoto for his discovery and development of metal-catalysed living radical polymerisation and Yale University’s William Jorgensen for his work on the computational chemistry of organic and biomolecular systems in solution.

Established 19 years ago, Clarivate’s Nobel predictions are based on publication and citation data of the 52 million scientific articles and proceedings indexed in their database. These ‘citation laureates’, are selected from the few research papers referenced more than 2000 times. Of these individuals highlighted in the Web of Science database over the years for their influential contributions to science, 59 have gone on to win a Nobel prize shortly thereafter.

For example, Emmanuelle Charpentier, Jennifer Doudna, and John Goodenough were all citation laureates in 2015. The two women ended up winning the chemistry Nobel prize last year for developing Crispr–Cas9 gene editing, and Goodenough shared the award with Stanley Whittingham and Akira Yoshino in 2019 for his role in developing lithium-ion batteries. Other chemistry Nobel laureates successfully predicted by Clarivate in previous years include Fraser Stoddart and Martin Karplus.

In a poll run by the magazine Chemistry Views and voted on by its readers, the two top contenders this year are Shankar Balasubramanian from the University of Cambridge, who it tipped for his work on nucleic acids and next generation sequencing, and University of California, Berkeley’s Omar Yaghi, who is known for his work on MOFs and covalent–organic frameworks. Balasubramanian, along with University of Cambridge biophysical chemist David Klenerman, won one of the $3 million (£2.3 million) Breakthrough prizes earlier this month – a raft of prizes set up by Silicon Valley’s top tech entrepreneurs.

University of Pennsylvania adjunct biochemist Katalin Karikó, who has helped develop mRNA technology and is a senior vice president at the German biotech company BioNtech that partnered with Pfizer on a successful Covid-19 vaccine, was tied for the next most votes in the poll. On 21 September, Karikó was also named as co-winner of the life science Breakthrough prize for the mRNA-based vaccine technology that formed a foundation for the first Sars-Cov-2 vaccines. Klenerman, who is known for his contributions to next-generation DNA sequencing, matched her votes in the Chemistry Views poll.

The polls are in

Meanwhile, the honorary scientific society Sigma Xi is running its annual Nobel prize prediction contest on its blog. The run-off, in which members of the society can vote for their favourite in a knock-out style competition, sees Yaghi and the University of Tokyo’s Makoto Fujita nominated for their development of MOFs and for pioneering reticular chemistry pitted against Stanford University’s John Brauman for his contributions to the understanding of the factors that determine the rates of chemical reactions. Other competitors include Andrew Smith from the University of St Andrews for the development of organocatalysis methodology to synthesise new heterocyclic ring systems up against the Central University of Michigan’s Donald Tomalia for the invention of dendrimers and their use as drug delivery agents. Peter Schultz from the Scripps Research Institute in California has been put forward for his work exploiting molecular diversity in the synthesis of new medicines and materials and will battle it out with Stanford’s Carolyn Bertozzi for her work on bio-orthogonal chemistry. The last run-off is between bioinorganic legend Harry Gray at Caltech and Robert Langer at the Massachusetts Institute of Technology for his work on nanocarriers and drug delivery – one estimate suggested his research had helped improve the lives of 2 billion people.

Bioorthogonal chemistry/click chemistry won Nature Chemistry editor Stuart Cantrill’s Twitter poll, with 38% of the vote, followed by MOFs/porous materials at 23% and controlled radical polymerisation at 13%. The category of ‘something else’ earned 27% of the vote, and Cantrill suggested that this catchall could include areas like DNA synthesis, C–H activation, RNA vaccine technology and nuclear hormone receptors. He noted that his poll has ‘gotten it right’ for the last two years. In 2020, Crispr topped the poll with 38% of the vote, and the previous year lithium-ion batteries won out with 39%.

A month tomorrow (Oct 6th), the 2021 #chemnobel will be announced, so it’s time for the annual #ChemTwitter poll! What topic do you think *will* (not should) garner the prize? (Leave comments suggesting what might win if none of the options in the poll…); RTs appreciated!

Cantrill said he’s not ‘obsessed with MOFs’ but keeps including the field in the poll because he expects it to win the chemistry Nobel prize soon, and predicted that this will be the year. Chemistry commentators online have referred to MOFs as ‘the graphene of this decade’.

Several pundits are also suggesting that the 2021 chemistry Nobel prize, which will be announced on 6 October and will be reported on live by Chemistry World, will be influenced by the Covid-19 pandemic. They suggest that it could be awarded for the lipid nanoparticle gene delivery technology that underpinned the Pfizer-BioNtech and Moderna Covid-19 vaccines.

The laureates will receive their medals and diplomas in their home countries, and the traditional banquet will not take place due to the pandemic. Last year, for the first time since 1956, the banquet was cancelled owing to pandemic restrictions – the banquet in 1956 was stopped to avoid having to invite the Soviet ambassador following the invasion of Hungary by the USSR. These presentation events will be woven together with a prize ceremony at Stockholm City Hall on 10 December – the date that Alfred Nobel died.