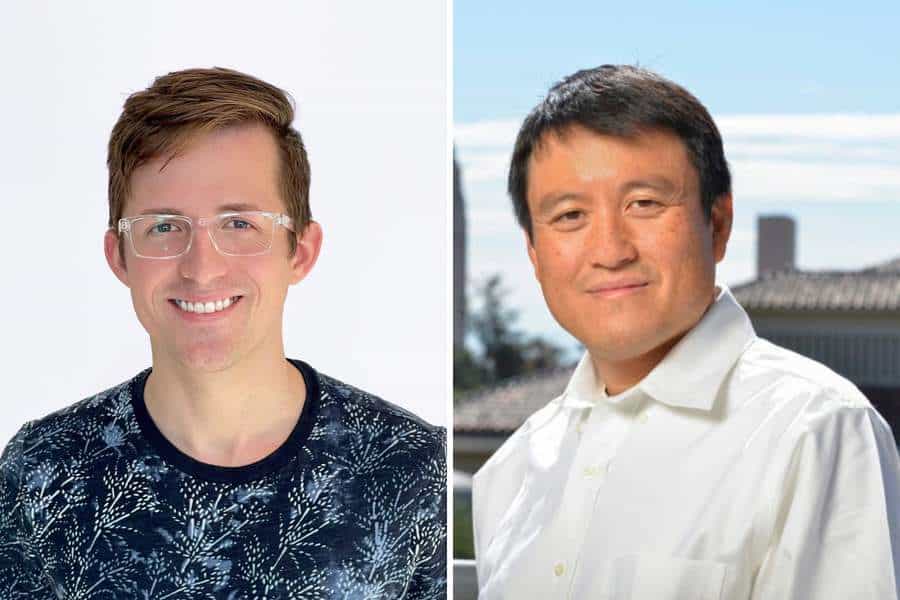 Today’s quantum computers are complicated to build, difficult to scale up, and require temperatures colder than interstellar space to operate.

These challenges have led researchers to explore the possibility of building quantum computers that work using photons — particles of light. Photons can easily carry information from one place to another, and photonic quantum computers can operate at room temperature, so this approach is promising. However, although people have successfully created individual quantum “logic gates” for photons, it’s challenging to construct large numbers of gates and connect them in a reliable fashion to perform complex calculations.

Now, Stanford University researchers have proposed a simpler design for photonic quantum computers using readily available components, according to a paper published Nov. 29 in Optica. Their proposed design uses a laser to manipulate a single atom that, in turn, can modify the state of the photons via a phenomenon called “quantum teleportation.” The atom can be reset and reused for many quantum gates, eliminating the need to build multiple distinct physical gates, vastly reducing the complexity of building a quantum computer.

“Normally, if you wanted to build this type of quantum computer, you’d have to take potentially thousands of quantum emitters, make them all perfectly indistinguishable, and then integrate them into a giant photonic circuit,” said Ben Bartlett, a PhD candidate in applied physics and lead author of the paper. “Whereas with this design, we only need a handful of relatively simple components, and the size of the machine doesn’t increase with the size of the quantum program you want to run.”

This remarkably simple design requires only a few pieces of equipment: a fiber optic cable, a beam splitter, a pair of optical switches and an optical cavity.

Fortunately, these components already exist and are even commercially available. They’re also continually being refined since they’re currently used in applications other than quantum computing. For example, telecommunications companies have been working to improve fiber optic cables and optical switches for years.

“What we are proposing here is building upon the effort and the investment that people have put in for improving these components,” said Shanhui Fan, the Joseph and Hon Mai Goodman Professor of the School of Engineering and senior author on the paper. “They are not new components specifically for quantum computation.”

The scientists’ design consists of two main sections: a storage ring and a scattering unit. The storage ring, which functions similarly to memory in a regular computer, is a fiber optic loop holding multiple photons that travel around the ring. Analogous to bits that store information in a classical computer, in this system, each photon represents a quantum bit, or “qubit.” The photon’s direction of travel around the storage ring determines the value of the qubit, which like a bit, can be 0 or 1. Additionally, because photons can simultaneously exist in two states at once, an individual photon can flow in both directions at once, which represents a value that is a combination of 0 and 1 at the same time.

The researchers can manipulate a photon by directing it from the storage ring into the scattering unit, where it travels to a cavity containing a single atom. The photon then interacts with the atom, causing the two to become “entangled,” a quantum phenomenon whereby two particles can influence one another even across great distances. Then, the photon returns to the storage ring, and a laser alters the state of the atom. Because the atom and the photon are entangled, manipulating the atom also influences the state of its paired photon.

“By measuring the state of the atom, you can teleport operations onto the photons,” Bartlett said. “So we only need the one controllable atomic qubit and we can use it as a proxy to indirectly manipulate all of the other photonic qubits.”

Because any quantum logic gate can be compiled into a sequence of operations performed on the atom, you can, in principle, run any quantum program of any size using only one controllable atomic qubit. To run a program, the code is translated into a sequence of operations that direct the photons into the scattering unit and manipulate the atomic qubit. Because you can control the way the atom and photons interact, the same device can run many different quantum programs.

“For many photonic quantum computers, the gates are physical structures that photons pass through, so if you want to change the program that’s running, it often involves physically reconfiguring the hardware,” Bartlett said. “Whereas in this case, you don’t need to change the hardware – you just need to give the machine a different set of instructions.”

Stanford postdoctoral scholar Avik Dutt is also co-author of this paper. Fan is a professor of electrical engineering, a member of Stanford Bio-X and an affiliate of the Precourt Institute for Energy.

This research was funded by the U.S. Department of Defense and the U.S. Air Force Office of Scientific Research.

To read all stories about Stanford science, subscribe to the biweekly Stanford Science Digest.