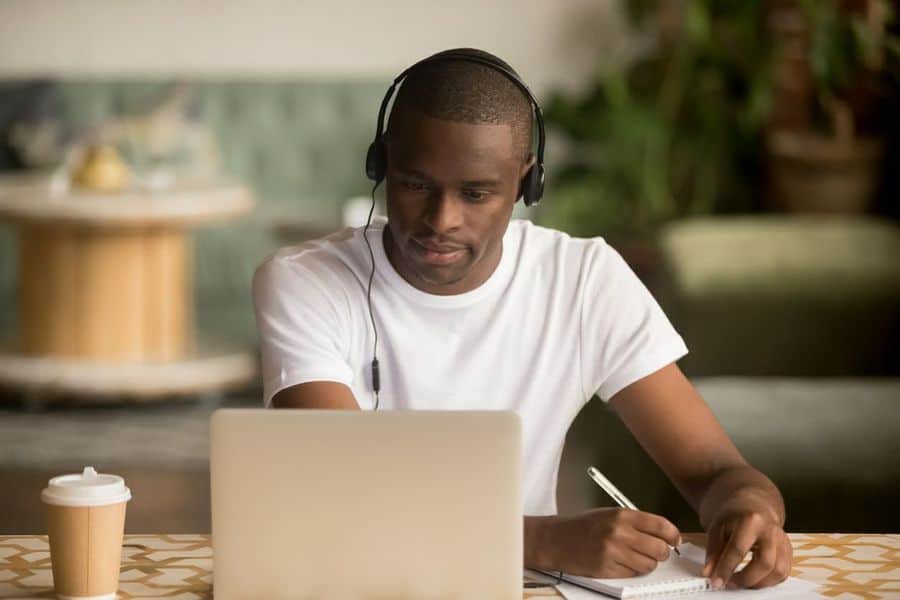 Recorded lectures have become a routine part of course instruction during the COVID-19 pandemic, and college students often try to pack more learning into a shorter span by watching these recordings at double their normal speed or even faster. But does comprehension suffer as a result?

Surprisingly, no — up to a point. A new UCLA study shows that students retain information quite well when watching lectures at up to twice their actual speed. But once they exceed that limit, things begin to get a little blurry, said Alan Castel, the study’s senior author and a UCLA professor of psychology.

With 85% of UCLA students surveyed as part of the study reporting they “speed-watched” lecture videos, the researchers engaged students in a series of experiments to test how faster speeds affected learning and knowledge retention.

Building Rome in less than 15 minutes

In one experiment, the researchers divided 231 UCLA undergraduates into four groups and had them watch two 13-to-15-minute lecture videos — one on the Roman Empire and another on real estate appraisals. One group watched at normal speed, one at 1.5 times normal speed, another at double speed and the final group at 2.5 times normal speed. They were instructed not to pause the videos or take notes.

Immediately after the viewings, they were given comprehension tests on the individual videos, each comprising 20 multiple-choice and true-or-false questions. The normal-speed group averaged 26 correct answers out of 40, while the double-time group scored 25 (about the same as the 1.5-speed group). The 2.5-speed group didn’t do as well, answering only about 22 questions correctly.

In other experiments, the researchers tested various combinations of speed-watching and normal-speed viewing of the two videos. Among the results:

Twice at double speed vs. once at normal speed

People generally speak at a rate of about 150 words per minute, and previous research has shown that comprehension begins to decline as speech approaches double speed — about 275 words per minute, Castel noted.

He and Murphy said they were surprised and impressed that students could learn, and retain knowledge, at some of the faster speeds.

“College students can save time and learn more efficiently by watching pre-recorded lectures at faster speeds if they use the time saved for additional studying, but they shouldn’t exceed double the normal playback speed,” Murphy said. “While our study didn’t reveal significant drawbacks to watching lecture videos at up to double the normal speed, we caution against using this strategy to simply save time. Students can enhance learning if they spend the time saved on activities such as reviewing flashcards or taking practice tests.”

The strategy of speeding up videos may not be effective with especially complex or difficult course material, the researchers noted.