One of my best memories growing up in Switzerland is drinking from flowing mountain streams while hiking with my family. It tasted fresh and delicious. Hopefully, such experiences won’t become a thing of the past because of new persistent fluorinated pollutants.

The global pollution crisis involving per- and polyfluoroalkyl substances (PFAS) has ballooned since first becoming public about 20 years ago. New research on the atmospheric transport of PFAS has concluded that it has exceeded a ‘planetary boundary’. Conceived of over a decade ago, planetary boundaries describe a ‘safe operating space’ that will cause large scale or irreversible environmental change if breached. The nine originally identified include climate, biodiversity and ocean acidification.

In June, the US Environmental Protection Agency (EPA) dramatically tightened its safety standards for four PFAS chemicals commonly found in drinking water, having concluded they are harmful at much lower levels than previously thought. The updated lifetime drinking water health advisories are not enforceable, but PFAS levels above these thresholds are now considered potentially damaging to human health. They will form the basis of water regulations everywhere.

The newest EPA data suggest that more than 12,000 of these synthetic compounds now exist, and a new report by the US National Academies provides evidence that PFAS exposure can decrease antibody response to vaccination or infection and lead to abnormally high cholesterol, kidney cancer, and reduced foetal and infant growth.

These chemicals are long lasting, and they can leach from landfills and are not completely destroyed by incineration. This has resulted in significant research efforts to develop new technologies and repurpose existing ones for PFAS destruction. While we’re discovering more and more of these chemicals in the environment, used by industries worldwide for more than 80 years, only a few of these have been thoroughly studied in terms of health and environmental impacts – primarily legacy compounds like perfluorooctanoic acid (PFOA) and perfluorooctane sulfonate (PFOS). Both of those persist in the environment and in animals, despite being phased out years ago. 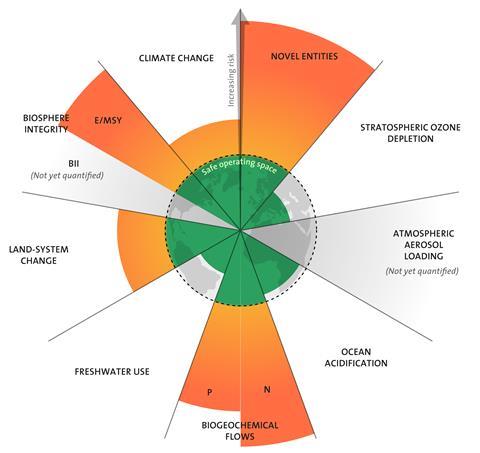 But returning to the new study, the scientists note that rainwater everywhere is unsafe to drink based on those health advisories – even in the world’s remotest areas like the Tibetan Plateau and Antarctica.

As growing concern about PFAS spurs stronger regulation of such compounds, companies everywhere must comprehensively review their products, facilities and operations involving these substances. This could mean investigation, disclosure and remediation. These are costly and time-consuming activities, so the chemical industry’s pushback is unsurprising.

Fluoropolymer maker Chemours, for example, has asked a US appeals court to vacate the EPA’s latest safety standards for a PFAS it makes, labelling it ‘scientifically unsound’. The American Chemistry Council – a chemical industry trade group – is also challenging these health guidelines, saying they are 3000 to 17,000 times lower than the previous 2016 version. One cause of their concern is that the new levels in the parts per trillion range are below what can be reliably detected at present.

But industry must remember that technology can develop rapidly when there’s a need. The instrumentation will soon catch up, and there will be no excuses.