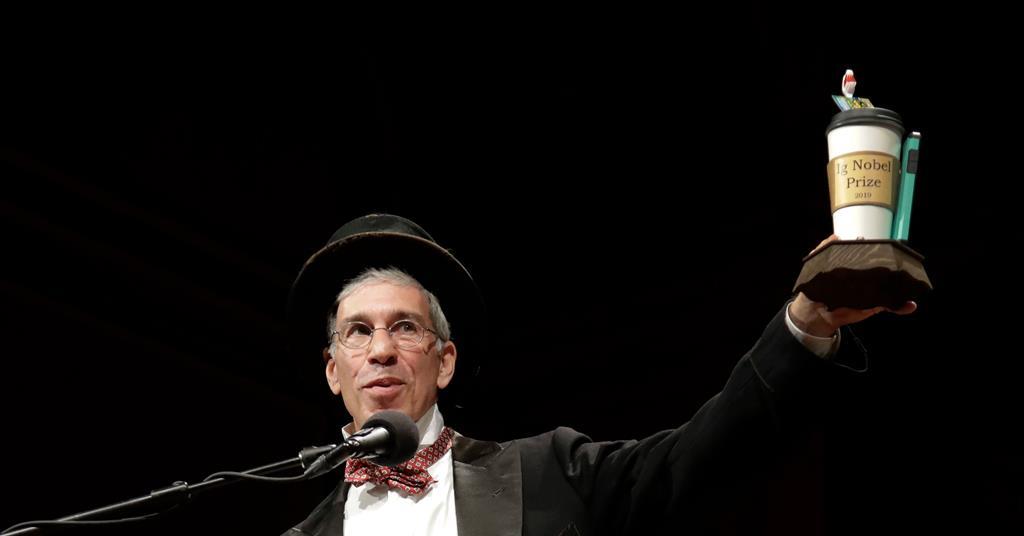 Research explaining why research funds should be distributed on a random basis was honoured with the Ig Nobel prize in economics at an online ceremony on Thursday 15 September.

The Italian team behind the work developed a mathematical model showing why success is often more down to luck than talent. Alessandro Pluchino, Alessio Emanuele Biondo and Andrea Rapisarda from the University of Catania were presented the prize by 2018 physics Nobel laureate Donna Strickland, who acknowledged the role luck played in her own prize-winning work on pulsed lasers.

The Ig Nobel awards have been handed out annually for more than 30 years, highlighting scientific research that makes people ‘laugh then think’. While there was no chemistry prize this year, three chemistry Nobel prize-winners took part in the ceremony.

Directed evolution pioneer Frances Arnold presented the peace prize to researchers who developed an algorithm to help gossipers decide whether to lie or tell the truth. Marty Chalfie, who won the 2008 chemistry Nobel prize for work on the green fluorescent protein, awarded the safety engineering prize to Swedish engineer Magnus Gens for work on how cars crumple in collisions with large animals. Gens’ master’s project, which he carried out more than 20 years ago, centred on experiments involving a moose crash test dummy. Chalfie also awarded the physics prize to researchers from China, the UK, the US and Türkiye for research on how ducklings manage to swim in formation.

Barry Sharpless, who won a Nobel prize in 2001 for his work on asymmetric oxidation chemistry, presented the medicine Ig Nobel to a group of Polish researchers for their work on reducing the side-effects of a chemotherapy drug. The team, led by Marcin Jasiński from the Medical University of Warsaw, showed that ice cream is just as effective as ice cubes for alleviating oral pain associated with melphalan treatment prior to bone marrow transplants. Jasiński and his colleague Anna Brodziak offered special thanks to the hospital cafeteria for donating free ice cream to the patients involved in their study.

Other Ig Nobel prizes were awarded to research on why legal documents are so hard to read, how constipation affects scorpions’ mating prospects, and the most efficient ways to turn knobs.

As in previous years, each of the winners received a pdf Ig Nobel trophy that they had to print and assemble themselves as well as a counterfeit 10 trillion Zimbabwean dollar bill.