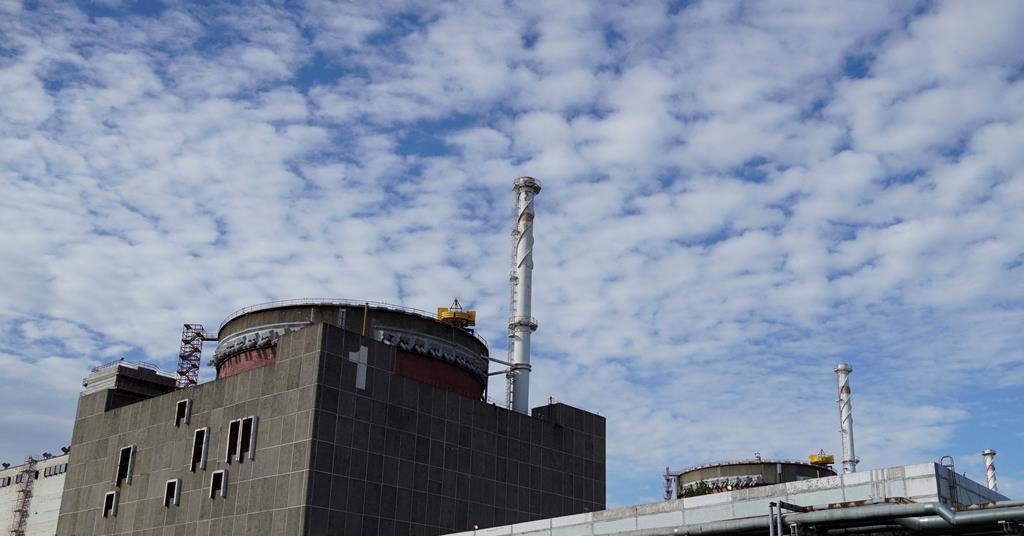 Ukraine’s four operational nuclear power plants all have access to the national grid again following a complete loss of off-site power last week. It was the first time that all the plants suffered a loss of external power at the same time since the conflict began nine months ago. They relied on diesel generators for back-up electricity.

‘The complete and simultaneous loss of off-site power for Ukraine’s nuclear power plants shows that the situation for nuclear safety and security in the country [has] become increasingly precarious, challenging and potentially dangerous,’ said Rafael Mariano Grossi, director general of the International Atomic Energy Agency (IAEA). ‘It is extremely concerning. The situation further underlines the need for stepped-up action to protect the plants and prevent the danger of a serious nuclear accident.’

Nuclear power plants were not designed for war

The recent shelling at the site of Ukraine’s Zaporizhzhia Nuclear Power Plant (ZNPP) has been one of the most intense episodes in recent months, according to the IAEA, which has a team on site. The ZNPP, Europe’s largest nuclear power plant, has lost power from the grid several times in recent months. Russia captured the plant early in the war.

The facility remains in shutdown mode but still needs electricity to maintain essential safety and security functions. Reactors need power for cooling even when they are in shutdown. Four of its six reactor units are in ‘cold shutdown’, while the two other units have been returned to ‘hot shutdown’ again – enabling them to provide steam to the plant and heat to the nearby city of Enerhodar.

The ZNPP has 20 diesel generators which start operating automatically when connection to the grid is lost. Typically, plants hold 10 days’ worth of fuel. In this latest episode, eight generators were needed over a day or so. The IAEA team reported that the plant’s six reactors were safe, and confirmed the integrity of the spent fuel, the fresh fuel and radioactive waste storage facilities. However, there was widespread minor damage across the site.

Grossi is pushing for a protection zone around ZNPP and has met with a Russian delegation led by Rosatom, the Russian atomic energy authority. The challenge is that both sides blame each other for the shelling. Senior Ukrainian staff told the IAEA that power lines were damaged at two locations about 50–60km from the plant in Ukrainian-controlled territory. But Russia accused Ukraine of cutting power to ZNPP intentionally.

Dmytro Gumenyuk, head of the NPP Safety Analysis Unit in Kyiv, is adamant that the Russians are shelling the plant. ‘They are provocateurs. Every evening they shell the city of Nicopol from the ZNPP site and wait for back-shelling. The rocket shelling last week was the most harmful [so far] for the Ukrainian power system. It was first time for more than 40 years that Ukraine did not have operating nuclear power units.’

The people still operating this plant are heroes; we all owe them a giant debt of gratitude

Staff are under intense psychological and physical pressure, he adds. ZNPP is still operated by Ukrainian staff but Russians remain on site – from the military and Rosatom. He is aware that Russians have been in the emergency response centre but not, as far as he knows, in the control room. ‘The situation is not clear even to people working there,’ he says.

Many workers have left, and this means shifts are longer and more frequent for those remaining, he says. People are also concerned about the possibility of the diesel generators failing or running out of fuel. ‘This would lead to reduction in cooling of the reactors, rising core temperatures, evaporating water from the primary circuit and melting of nuclear fuel,’ says Guymenyuk. ‘The consequences could be worse than the Fukushima accident. NPPs were not designed for war. They are protected against natural hazards like flooding, fires, earthquakes. The bombing could destroy safety systems and buildings, and that could lead to a radiation accident.’

Matthew Bunn, professor of the practice of energy, national security, and foreign policy at the Harvard Kennedy School, agrees that nuclear reactors in a war zone pose potentially deadly dangers. ‘Operating a reactor on the backup diesel generators is something that should be done rarely and briefly,’ he says. ‘In Ukraine, they are being forced to do it again and again. Every time off-site power gets cut off, you’re operating with no backup to the diesel generators. If they fail, within hours the water will boil off, the reactor core will be exposed, and the fuel in the core will begin to melt and a catastrophic radiation release is likely. This is true even if a reactor is not operating: when the reactor shuts down, it stops releasing energy from splitting atoms, but the intensely radioactive material in the core continues to generate a lot of heat from radioactive decay. However, some of the reactors at Zaporizhzhia have been shut for months and have cooled somewhat. Now, if there were a total loss of power at those reactors, there would be significantly more time to try to restore power before melting would begin.’

The spent fuel pools also pose a danger, though those risks have been greatly reduced by safety steps implemented after the 2011 accident at the Fukushima Daiichi site in Japan. ‘In particular, when a reactor begins to melt, steam pressure builds up in the containment,’ Bunn says. ‘If the pressure gets too high, the containment can shatter, releasing a large amount of radioactivity into the environment. So, reactors have vents that allow some of the steam to be released – but that steam is likely to be heavily contaminated with radiation. Ukraine has installed filters that would filter out most of the radiation before it was released in such an emergency.’

Bunn also points out that critical safety decisions are being made by teams working under terrible stress. ‘Operators have been brutalised, there are soldiers with guns, they are being pressured to sign work contracts with Rosatom, many have been working 12-hour shifts for months, many have left so the typical shift reportedly has roughly a quarter as many staff as it once had. In short, the conditions are close to unbearable. The people still operating this plant are heroes; we all owe them a giant debt of gratitude.’

Potential impact of a radiation leak

The consequences of a radiation leak would depend on many factors. ‘In some cases, a core meltdown releases radiation into the containment, but the containment holds and very little makes it into the environment,’ explains Bunn. ‘It’s a disaster for the plant owners, but has limited impact on others, except from the fear that many would feel. That’s what happened in the Three Mile Island accident in the United States in 1979. In some cases, however, the containment fails, as happened at Fukushima.’

Conceivably, about 10% or more of the radiation in the core of one or several reactors could be released, he says. ‘The area of land contaminated and requiring evacuation would depend on the wind and other weather conditions, but could amount to hundreds or even thousands of square kilometres. The economic, societal and health effects – including especially mental health effects – could be devastating.’

However, Jacopo Buongiorno, professor of nuclear science and engineering at Massachusetts Institute of Technology (MIT), warns against panic-inducing language. ‘The IAEA is appropriately shining a light on Russia’s irresponsible behaviour in shelling power transmission lines throughout Ukraine and in the case of ZNPP shelling the plant itself. But the rhetoric about nuclear “disaster” and “catastrophe” as well as the references to the 1986 Chernobyl accident are inaccurate and misleading.’

The reactors operating in Ukraine today are profoundly different from the original Chernobyl design, he explains. ‘A runaway reaction [as at Chernobyl] is physically impossible in the reactors in operation in Ukraine today [which] are inherently stable and not susceptible to an uncontrolled power escalation.’

He says if a radiological release were to occur, it would be moderate in scope both locally and regionally. ‘Most radioactivity would be retained within the containment structure of the plant. Some radioactivity could leak out and disperse locally, but health effects would be low and almost certainly undetectable. Among people farther away, exposure would be negligible.’