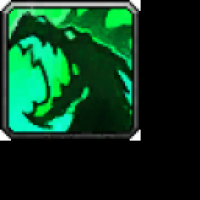 Last year I wrote about an author/blogger called The Food Babe who boasts a following of three million or more. She’s on a mission, she says, to find out what’s really in your food — and help you regain your health in the process. Since I wrote about her last the Food Babe has apparently published a book (on Amazon at this link). She warns her readers the chemicals and GMO ingredients in their food are damaging their health. I think her blog is interesting because it represents a popular trend in modern culture — suspicion of all things artificial and a yearning for all things “natural”, whatever that word may actually mean.

I agree with Food Babe when she says the modern American diet and lifestyle are unhealthy; we’ve all heard more statistics than we probably wanted to hear on America’s obesity epidemic. Unfortunately, her focus on chemical additives, “natural” vs. artificial and GMO crops is a useless distraction from the real problem. Her approach is popular, however, because the real problem with American health is extremely difficult to solve (I’ll explain why in a minute).

Consider GMO crops for example. Food Babe to the contrary, there’s abundant evidence to show the GMO crops we currently have on the market are perfectly safe to eat. Or consider some of the chemical additives the Food Babe decries, chemicals like potassium sorbate and food coloring. These like many of the chemicals the Food Babe targets have been extensively studied and there’s abundant evidence they’re safe at the levels present in our food. We could get rid of GMOs and chemical additives in our diet and while we might make the Food Babe happy we’d be no healthier than before — because GMOs and chemical additives aren’t the problem. The real problem is obvious, and we’ve known all about it all along. We just don’t know what to do about it. It boils down to this:

The average American doesn’t get enough exercise, doesn’t eat enough fiber or vegetables and eats too much sugar-rich, fat-rich food.

See, you already knew that, didn’t you? It’s fracking obvious. Switching from a diet of fried chicken and fries to a diet of organic, “chemical free” fried chicken and organic fries won’t make any difference, because the whole problem is we’re eating too much fried chicken and fries in the first place. But the Food Babe’s misguided crusade against chemicals is popular precisely because adopting a healthy lifestyle is a lot tougher than banning chemical additives in food. Our evolutionary history and our culture conspire to make a healthy lifestyle difficult to achieve.

Consider the American Cancer Society’s lifestyle recommendations. They suggest eating a diet centered on plant-based foods, limiting your intake of red meat and processed meat, eating lots of whole grains and fruits and vegetables and getting regular exercise. The American Heart Association’s dietary recommendations are similar, although on their list of things to avoid they also add sugar-rich foods. You’ll notice there’s no mention on these lists of chemical additives, GMOs or organic foods because those are frankly irrelevant — whether your food does or does not contain GMOs probably has very little relevance to your health. There is no solid evidence that I am aware of to show organic foods are any more nutritious than the cheaper equivalent, BTW, so as long as you’re eating your veggies whether they’re organic or not probably makes very little difference.

Now, following these recommendations doesn’t guarantee we won’t get sick. There are plenty of environmental factors at play, not to mention what kind of genes you inherited. All the best available evidence, however, suggests adopting this kind of lifestyle will substantially reduce our risk of diabetes, colon cancer and heart disease. These recommendations are based on numerous studies across the years. So why aren’t we following them? Because it’s a lot tougher than it sounds.

Famine was a recurring problem throughout human history going all the way back to hunter-gatherer days. Our ancestors (like most mammals) evolved to crave sugar-rich, fat-rich foods because you needed that stored energy to keep you alive through the upcoming winter. People who craved sugar-rich, fat-rich foods when they could get them stayed alive long enough to have kids; folks who preferred eating brussel sprouts in moderation probably didn’t. Thanks to our evolutionary history, we have a strong built-in craving for meat and dairy and anything rich in sugar and fat and salt (ice cream, pizza, cake, candy, brownies, doughnuts, cheeseburgers, french fries, etc…) But food is now so abundant scarcity is no longer an issue for industrialized nations. The built-in cravings that once helped us survive famines now make us unhealthy, because we keep craving and eating sugar-rich, fat-rich foods we no longer need — forcing our bodies to store the extra fuel in ways that damage our health in the long run. Moreover, that same evolutionary craving for specific flavors makes it challenging for us to eat foods with better nutritional value (whole grains with vegetables both tastes and sounds boring, at least without some kind of sauce).

To make matters worse, our culture encourages us to eat sugar-rich, fat-rich foods. Most of our social events and holidays feature or are organized around food (e.g. turkey day) and cooking is one way we show generosity, however unhelpful that generosity may sometimes be. (Doesn’t it feel sometimes like every time you start trying to eat healthy, one of your coworkers brings doughnuts or fudge brownies to work?) And just you try serving brown rice with steamed broccoli at your next party and see how many people show up.

Exercise? Ah, well, that’s probably the biggest problem of all. Pre-industrialization, most work was manual labor, so just staying alive ensured most folks got all the exercise they could handle. Starting in the 19th century, however, we invented machines to do the manual work for us instead. Now most of us spend our days in offices or labs where the only exercise we get is a periodic trip to the coffee machine. To get exercise we have to sacrifice precious free time outside of work (and if you have kids, you probably didn’t have that much free time anyway).

How do we overcome the evolutionary cravings that make us eat more sugar and fat than we need — and the social structure that ensures we don’t get enough exercise to work those calories off? Damned if I know. I mean, I like to think I live a somewhat healthy lifestyle, but not as healthy as it could be, sure I work out and I’m thin but I still eat too much pizza, dammit, so if you’re asking me how to ensure everybody in America does all the time what I only do some of the time — I have no idea. Maybe put a tax on sugar and pizza and fried foods? Just kidding, I don’t think that’s the kind of campaign promise that will get you elected. But I know what won’t help, and that’s chasing after targets that have nothing to do with the real problem.

The Food Babe and chemical crusaders like her are popular because they offer an easy fix that solves nothing. She promotes organic foods, even though there’s no evidence those are more nutritious (and plenty of evidence they take more land to produce, with some exceptions). She’s obsessed with GMOs, even though there’s abundant evidence the ones currently on the market are nutritionally equivalent to their non-GMO counterparts. She promotes “natural” foods and a “natural” lifestyle as a cure for what ails us, even though this is basically meaningless. Few of the foods we eat are natural to begin with — they’re the product of thousands of years of selective breeding by human hunters and farmers. And what does a “natural” lifestyle look like? Our hunter gatherer ancestors lacked antibiotics and birth control and had a life expectancy in the early 30s. If that’s natural, count me out. And she’s constantly fighting to ban various chemical additives, even though most of the chemical additives she’s targeting are reasonably harmless.

To be fair, Food Babe and her ilk may be achieving some good indirectly by forcing food manufacturers and restaurants to be more open and transparent about their ingredients and processes, and hey, that’s a good thing, but it’s also harmful in that she’s basically a distraction from what I think is our real challenge. Most of the time she doesn’t seem to know or care much about the evidence pro or con; the fact that something is “artificial” is enough to damn it in her eyes. The fact that she regards vaccines with suspicion is testament to how little she knows or cares about medical science. It’s sort of sad she isn’t serving her three million followers more evidence-based information and health advice. I’ve said it before, but again…if she really wanted to write a blog about the science of what’s in your food, there’s a lot more cool information she could share and a lot more she could do.